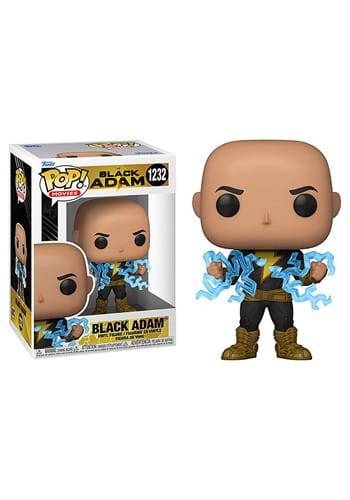 Black Adam is arguably one of the strongest villains in DC Comics. Sometimes he is depicted as an anti-hero, but he is primarily known to be Shazam's big bad. Their powers are similar in that they are lightning-based, and their abilities originate from other gods. Even Superman has trouble fighting this character. If you are a fan of Black Adam and are looking for a vinyl figure you can proudly display, you have to pick up this officially licensed POP! Movies: Black Adam - Black Adam Vinyl Figure!