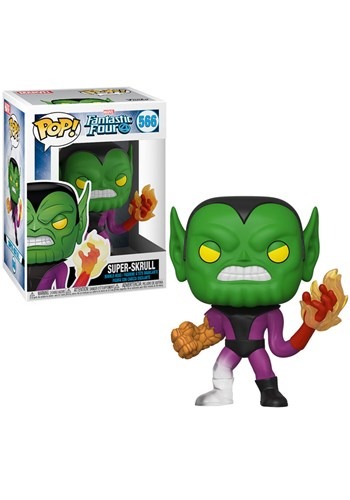 Yikes! Normal Skrull warriors are intimidating enough, but this guy has the powers of the entire Fantastic Four. That means he can stretch like Mr. Fantastic and he can go invisible like the Invisible Woman. He can get all fired-up like the Human Torch and when it's clobberin' time... well, he can clobber just like The Thing. This Pop! Marvel Fantastic Four Super Skrull figure brings you the villain using ALL of his powers at the same time. Don't worry though! This cute little fella comes in peace. He doesn't want to invade Earth; he just wants to join your Marvel collection.