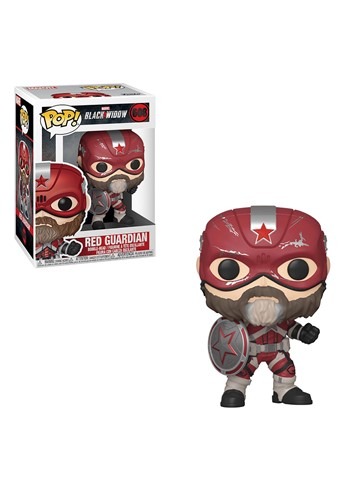 In the United States, the red, white, and blue-clad Super-Soldier brought the country a major asset. But, in Soviet Russia... well, let's just say it can go the other way around! Red Guardian has a personality that's larger than life. But, fortunately, this POP! Marvel vinyl figure still fits perfectly into his suit! (Just don't tell the real Red Guardian that some of those seams are starting to split in the seat!)