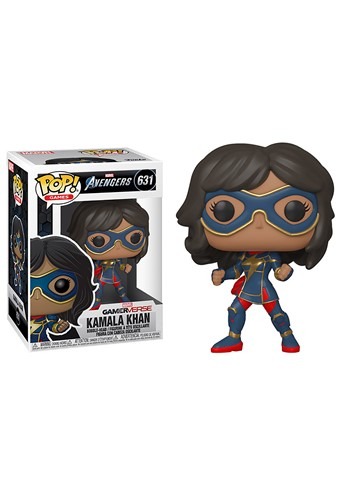 Shapeshifting into a Pop

Kamala Khan as Ms. Marvel? Complete with shape-shifting abilities? Yup, we're all about it! The teenager took over the reins of the Ms. Marvel mantle from Carol Danvers in 2014. And she's been making big waves in Marvel Comics ever since. If you're a fan of the character, then you'll definitely want to snag this hot new POP! bobblehead. With a design inspired by the Marvel's Avengers video game, it makes a great addition to any superhero or video game themed Pop! collection.