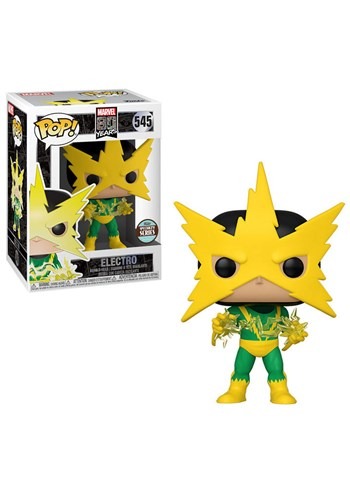 Electro isn't just about chucking out lightning. He's quite a guy with numbers, too. Sinister Six. Frightful Four. And, now, he's part of the Awesome 80th Anniversary collection, too! Celebrate Marvel's long history with a Pop! Marvel figure of Electro designed after his first appearance in Spider-Man comics in '64. He might be a bad guy, but this is a great collectible.