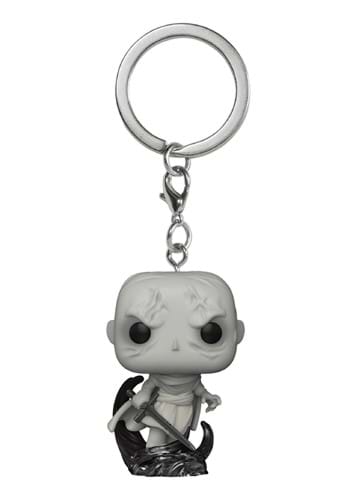 Gorr is an interesting villain. He's one of the bad guys who actually makes you sit back and think about his motives. He hails from an unnamed world that had very impoverished conditions. Gorr and his family prayed and fought hard to get through their turbulent times, but unfortunately, Gorr couldn't save his family. He wondered why their gods never came to help him until one day, he stumbled upon his gods themselves, both near death from battling each other. He was so angry that they never came to help him, even after all of his prayers, that he snapped. Once he acquired All-Black, the Necrosword (an ancient evil weapon capable of taking out gods), it was a wrap for anybody who stood in his way. He took out his deities and went on a crusade to eliminate all gods across time and space. He would have been successful if it wasn't for the group effort of 3 Thors from the past, present, and future. If you sympathize with Gorr and his struggles or simply love fantastic villains you can carry around, you will fight Galactus for our POP Keychain: Marvel Thor: Love and Thunder - Gorr!