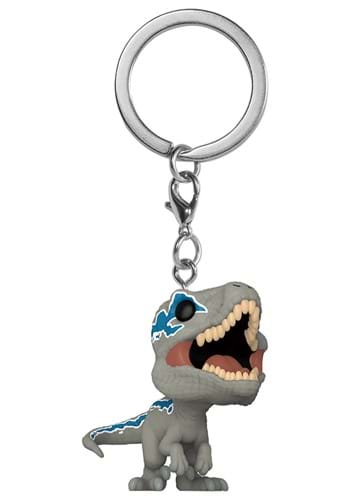 Blue Is the Best

Carnivorous dinosaurs have the urge to hunt prey, pure and simple, but they're also creatures with affections and memory. That's why they wouldn't make great super-soldiers (why was that even an idea?) but they repay Owen's kind treatment with help when it counts. This officially licensed Funko POP Keychain: Jurassic World Dominion - Velociraptor (Blue) is a cute way to commemorate the friendly raptor who attacks the Indominous Rex in order to help a group of humans. It'll do its best to keep your keys safe, too!