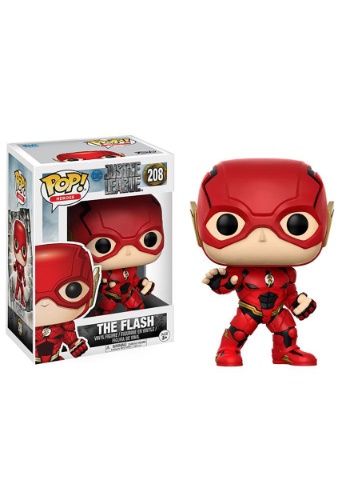 Barry Allen doesn’t get much time to just relax. When he’s not running through the city, trying to save as many innocent civilians as possible from petty criminals, he’s dashing halfway across the earth trying to save it from baddies like Steppenwolf. Really, the guy could just use a break—you know, a chance to just stand around for a bit. Maybe eat a slice a pizza, catch a few episodes of his favorite TV show or just catch up on his favorite blogs.

Well, now you can help this POP! Justice League Flash vinyl figure out with that. He might not be the actual superhero from the movie, but he deserves a break just as much as the real one. He combines the classic and adorable Funko style seen in all the POP! vinyl figures with the snazzy new superhero suit seen in the DC film, Justice League. He’s wearing the bright red colors and he has his iconic lightning bolt symbol on the chest.

Be sure to pair him up with Cyborg, Superman, Batman and Wonder Woman to bring together the entire team of DC superheroes. They each have an adorable POP! vinyl figures and will look great in your collection.