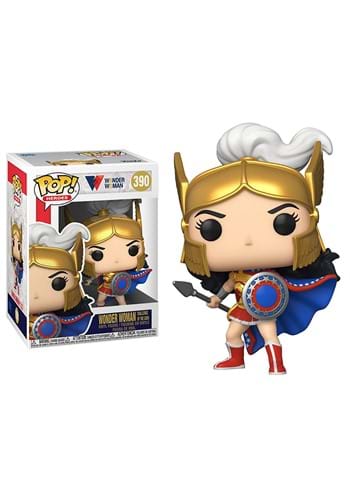 In a world of epic superheroes, several of the most powerful folks are sometimes called gods among mortals. Well, if they're talking about Diana from Themyscira, they're actually pretty accurate! After accomplishing all the trials she has, this POP! Heroes: WW80th Anniversary Wonder Woman vinyl figure is proof that she's the ultimate hero for us all!