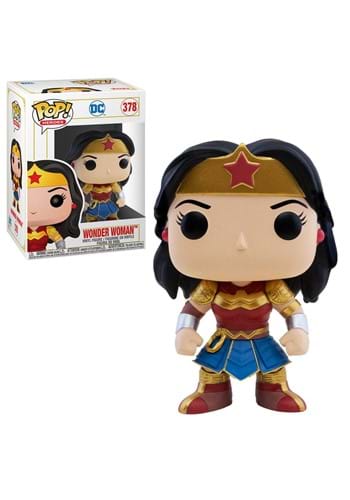 Diana Prince has always been a champion of the people. Really, she has been a champion in general, as she has gone through several trials throughout her life to prove her worthiness. She is based on Greek mythology, so it makes sense—those ancient Greeks love their tests. Outside of being a worthy warrior, Wonder Woman is also a champion of love. She actually wore the Violet Power Ring, which directly channels her passion into her physical attacks, and she was practically unstoppable. It looks like Diana has a new gig as an Imperial Guard. The officially licensed vinyl figure will be a hit with comic fans who have an affinity for eastern culture. DC Comics and Wonder Woman fans will love this POP! Heroes: Imperial Palace - Wonder Woman Vinyl Figure.