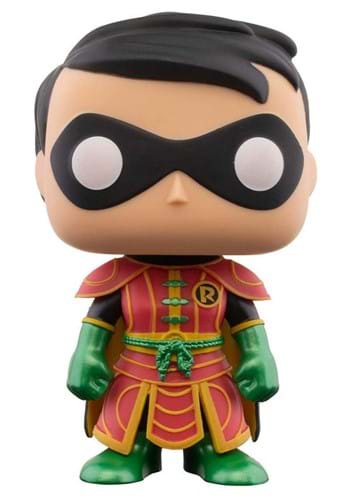 Robin has been fighting against the 'kiddo' image he's had ever since grouping up with Batman. Whether it was on the TV show, the comics, or even when he had his own cartoon squad... he's always called the Boy Wonder. Well, he took on a whole new path this time around. He's suited up in an Imperial look that's so heroic that nobody could think of him as just a sidekick anymore! Bring this hero home in the form of this POP! Heroes: Imperial Palace Robin vinyl figure. It's time for him to fly!