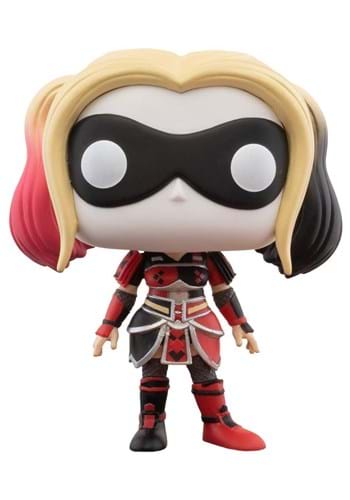 Every kind of ruler has had its humorous attendants. Monarchs love their jesters, after all, and that seems to have given Harley Quinn quite the inspiration for her look. It turns out that an even wealthier kingdom is out there, though, and she's got her eyes on becoming a warrior taikomochi for an honored daimyo. (Or she just really likes the Imperial outfit.) Either way, this officially licensed POP! Heroes: Imperial Palace Harley Quinn vinyl figure will be pleased as punch to join you in your own palace!