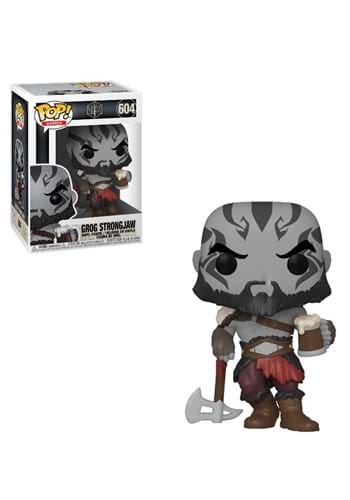 Generally, getting really angry means that you're having a pretty bad day. Of course, if you're running around with your best buddy, Grog, hearing that he would like to rage means you're about to have a great time! Bring home this miniature goliath in the form of this officially licensed POP! Games: Critical Role Vox Machina Grog Strongjaw figure. Just make sure you've got a mug of ale sitting around so you're never the target of his reckless attacks!