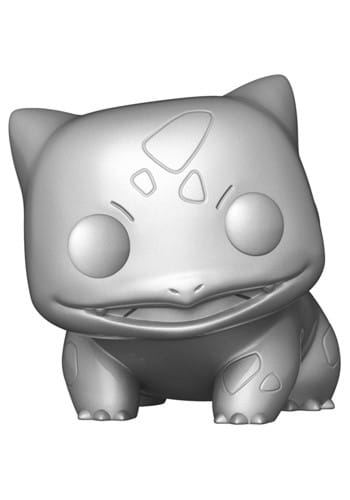 You're cruising through Route 4 just outside of Pallet Town and, once again, the grass around you starts to shake in that familiar way. Somehow it seems different, not the sound or the movement, but the sunlight reflecting off the Pokémon moving toward you--it's... it's a silver Bulbasaur?

Yep, this Funko POP Games: Pokémon S6 - Bulbasaur Silver Metallic Figure looks sleek and rarer than any starter Pokémon we've ever seen. It stands by itself and best of all, it's officially licensed, which is almost like coming straight out of Professor Oak's laboratory and into your Poké Ball!