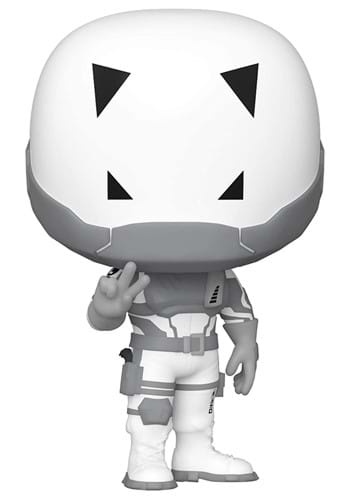 An epic unlockable in Fortnite: Battle Royale, obtained by reaching Level 60 in the Chapter 2: Season 1 Battle Pass, Scratch is one part of a two-character outfit. Some kind of cyborg ninja, Scratch is the "corrupted" version of the 8-Ball skin. We think he looks cooler than the rest, and that's all that mattered when you were fighting in Tilted Towers, right?

This Funko POP Games: Fortnite- Scratch Vinyl Figure stands four inches tall by itself, and its oversized head rotates -- to make sure no other figures on your bookshelf get out of line, perhaps. It's officially licensed, too!