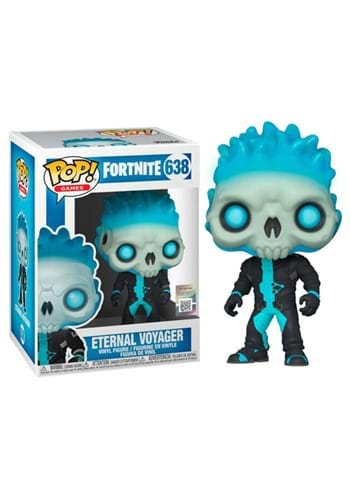 That's not an astronaut, and that's not Ghost Rider, either. Nope, we're talking about the one and only Epic Outfit of Fortnite season 10's Battle Pass tier 87: the Eternal Voyager. One of the most sought after skins, this one is a remix of the Dark Voyager from season 3, but took on a presence all its own!

This is a Funko POP! Games: Fortnite- Eternal Voyager in the Cyan style of the in-game cosmetic. It stands by itself, measures just over four inches tall, and is officially licensed -- so you know it's no knock-off or fraud perpetrated by one of the many sneaky Fortnite characters out there.