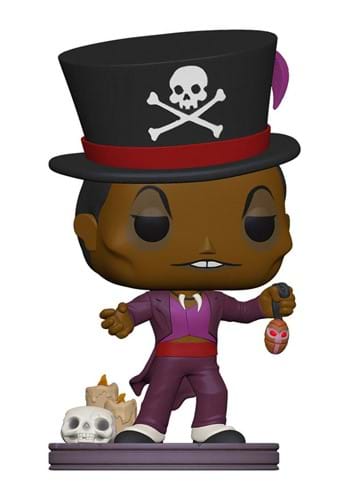 A Friend for Facilier

Dr. Facilier often talks about his “friends on the other side.” They help him with his evil magic and ultimately, turn out to be not so friendly. We think if the Shadow Man had some friends on this side of his life, maybe he wouldn’t have been so villainous. If you’re up to the task of making friends with the Shadow Man, you might like this Dr. Facilier Vinyl Figure! We hope you’ll help him reform, but be wary of making any deals with this scoundrel!