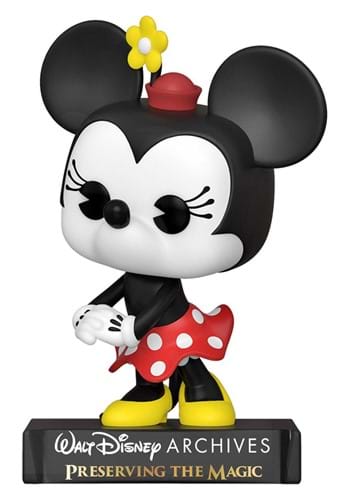 Minne Through the Years

Minnie Mouse has been reimagined many times throughout the years. She's been a princess, she's been a musician, and she's even starred in plenty of her own cartoons. This Funko POP! Walt Disney Archives Minnie Mouse Figure is a vinyl figure based on her appearance in the 2013 series of cartoons. She's wearing her red hat with a flower on top, along with a polka dot skirt, and yellow shoes. Put it together and you have a figure that's really going to stand out in your Disney collection!