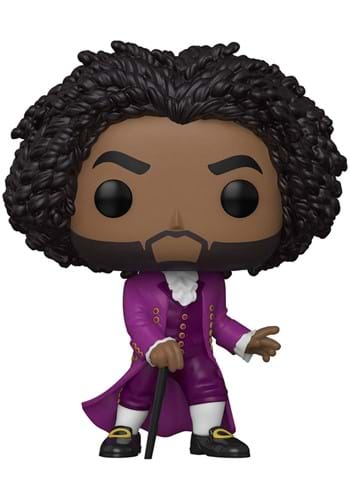 The star of the upbeat number that opens the second act, this POP Broadway: Hamilton - Thomas Jefferson figure embodies the sass, the confidence, the flair, and even the hair as portrayed by actor Daveed Diggs. He's got his cane, his bright purple outfit, and even his kicks have blinged-out buckles as he prepares for his next rap battle. Jefferson has a snap-on base, and his head rotates, ready to be in the room where it happens when it happens. He's an officially licensed product, which means every curl, every ruffle, and every button have been sculpted and approved for maximum accuracy. Tick boom!