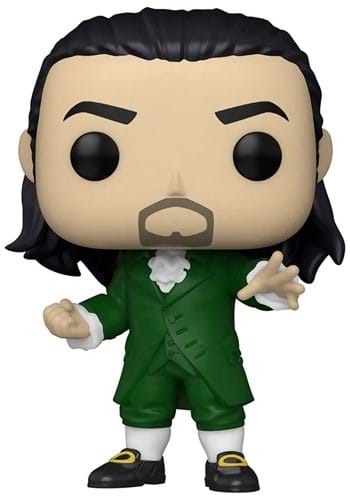 Say Yes to This

Capture some untamed, relentless energy with this POP Broadway: Hamilton-Alexander Hamilton (Act 2) figurine. Thomas Jefferson's back and Hamilton's got to withstand Maria Reynolds, a Cabinet battle, and the presidential election of 1800. He's got a lot on his mind, but his nonstop attitude means nothing's gonna stand in his way. His green suit is the color of money (and the ten dollar bill that is printed with his face today.) He can stand on his own, and his head rotates to make sure he's in the room where it happens. Pick up the rest of the officially licensed POP cast and re-enact all your favorite scenes from the smash Broadway hit.