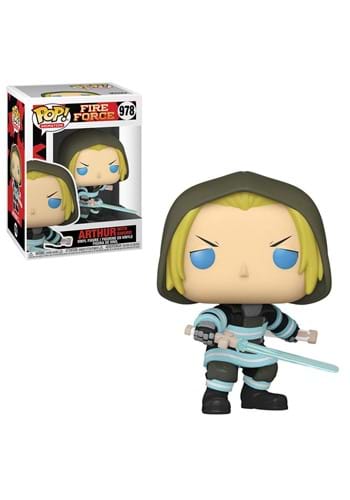 There’s nothing wrong with a little escapism, especially when you live in a fiery hellscape. So, you can’t blame Arthur Boyle for creating a medieval realm to disguise his reality. Plus, wearing a coif and carrying your own Excalibur to battle fiery monsters sounds pretty cool! Indulge in the fantasy a bit when you add this POP Animation: Fire Force – Arthur with Sword Vinyl Figure to your collection. Standing alongside his fellow Fire Soldiers, this officially licensed knight is sure to face his demons in due time.