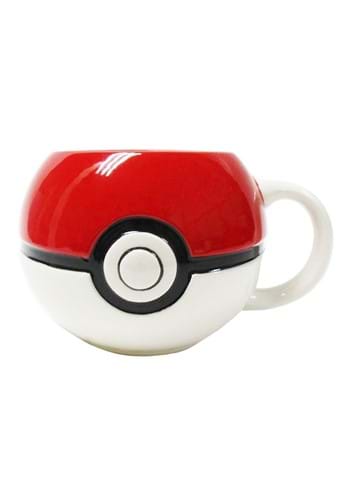 Gotta Drink It All!

If coffee was a Pokémon, it would be the most coveted of all. Its warm and soothing, yet perks you up almost as much as if you'd gotten zapped by a Pikachu. It's so energizing that it seems to give you special powers. And when you drink it from your officially licensed Sculpted 20oz Poké Ball Mug, it somehow tastes even better. This ceramic mug is shaped like a rounded Poké Ball with a black band circling its middle to divide the red upper half from the white lower half.