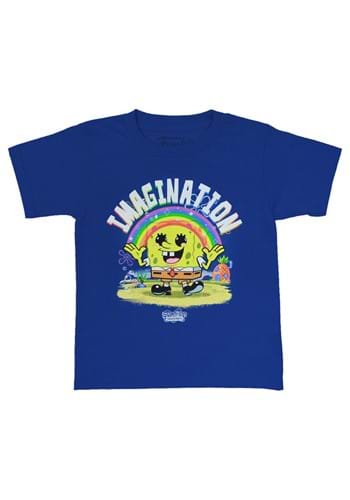 The Power of Imagination

Give your child a trip down to Bikini Bottom this Christmas when you grab them this Pocket Pop & Tee: Kid's SpongeBob Imagination Rainbow Shirt combo. If they say a gift isn't the same as a vacation down to the ocean floor then tell them to read their new shirt. It reads "IMAGINATION" over a rainbow with Spongebob's smiling face beneath it. If your kiddo has an imagination as good as Spongebob's then as soon as they toss on this shirt, they'll be running all around Bikini Bottom!

The keychain Funko Pop included with this shirt is a figurine of the loveable sponge creating a rainbow out of thin air, matching the image on the shirt. Whether they want to play with Spongebob or wear him, this awesome Funko combo makes it possible!