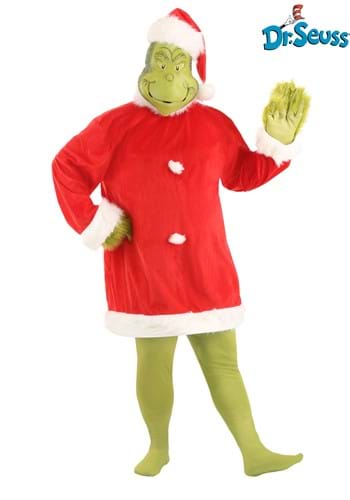 If you’re Henry, or Sally, or Etta, or Mike

But if you’re the Grinch, it’s annoying, it’s sour

As you feast on cold pizza in your mountain cave tower

Whoville residents had thought of everything. The stockings were hung on the mantel with care. Every little boy and girl had toys under the tree, the Christmas bells were shining and ready to play, and Christmas dinner was perfectly prepared, waiting in the refrigerator. The thing is, they forgot to include the Grinch on the mountain. Sure, he might have made it clear that he didn’t think much of their favorite holiday. But who likes Christmas when they’re not included?

Well, we’re not blaming the Who’s for the Grinch’s Christmas caper. It took a lot of effort on his part. Sliding down the mountain in the middle of the night is one thing. Climbing it with a pile of Christmas goodies a thousand feet high is another. In the end, his plot didn’t work because the Who’s had each other. So, the Grinch gave in and headed down to celebrate. If he puts in half the determination next year into making a wonderful Christmas then this next holiday is going to be one for the books!

Whether your Grinch character is reformed or still grumpy, this costume is colorful and not at all frumpy. (Oh jeez, once we start rhyming we just can’t stop! Help!) It includes a long Santa coat, a Santa hat, furry gloves, and a mask, of course! Pair it with some green tights to make your look complete. And, hey, if you start speaking in rhyme we certainly won’t judge!