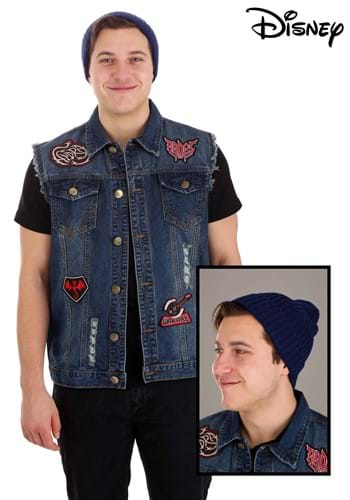 It's true. We were Barley. After high school, we spent a lot of time in the den, playing tabletop role-playing games with other like-minded nerds. We dreamed of magical creatures, heroic quests, and priceless treasures. Sure, we didn't exactly have a sweet conversion van like Barley, but the rest of it feels pretty familiar. That's part of why we resonated so much with the character from Disney Pixar's Onward! It's also why we were excited to get our hands on this Onward Barley Lightfoot Hat and Patch Set. It's officially licensed from the 2020 animated film.

If you were Barley during your young adult days, or if you still feel a lot like Barley, then this hat and patch set is for you! The hat is a rib-knit stocking cap made out of acrylic material. It's both warm and functional as a cosplay piece. The set comes with a variety of embroidered patches based on the ones worn by Barley. They have a simple, iron-on application and they come with a set of instructions on how to apply them. You can use them to make a quick and easy Barley costume for your next cosplay outing!