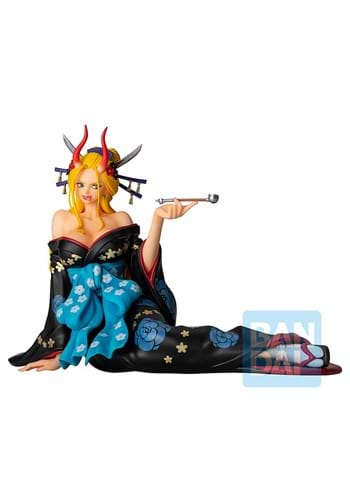 If you have the same dream as Straw Hat Luffy, then you've got a long road ahead of you. If you're aiming to be the King of the Pirates, then there are plenty of other Pirates crews you have to take down. One of those crews is the infamous Animal Kingdom Pirates. That's right, and Kiado isn't the only pirate in that crew you have to worry about. The formidable Tobiroppo also belongs to that crew. And one of the scariest members of that team is the terrifying Black Maria!

Grab this One Piece Black Maria (Glitter of Ha) Bandai Spirits Ichibansho Statue and pay homage to this deadly beauty. Don't let her calm demeanor fool you. She's secretly spinning a web that you won't easily escape. Add her to your crew before you become her next victim!