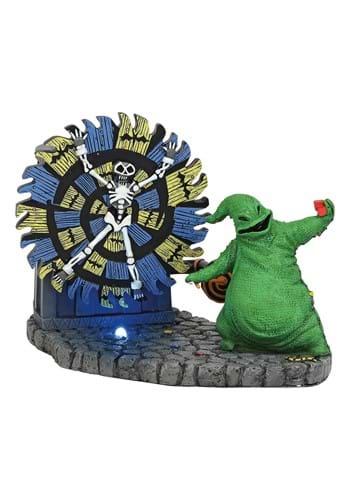 The Boogeyman just wants to play! He loves gambling and other games of chance, but it's hard to get players to join him when the stakes are so...dangerous. He keeps trying to kidnap recruit players to try his game wheel, but Santa isn't too excited by the idea either. Would you like to play instead? Oogie Boogie would be delighted for you to test your luck with him! This figurine has a wheel that you can actually spin, but be extra careful! If you lose, you might end up in Oogie Boogie's soup pot.