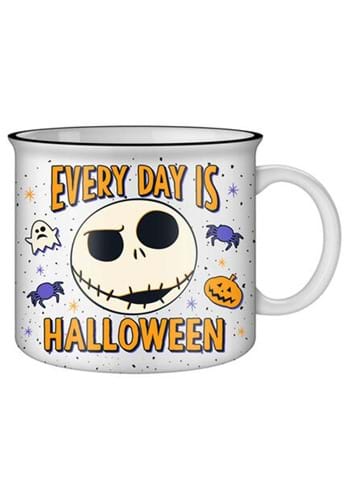 Seeing as Jack Skellington is a skeleton, it is a little odd that he is the Pumpkin King. You would think that there would be some kind of undead, half-rotted pumpkin that would take that mantle. Well, Jack has had his gourd carved at some point, so he still fits the bill!

Being the king of Halloweentown is great, but it could only be improved with this NBC Every Day Halloween 20 Oz Camper Mug! This drinkware version of this iconic movie is made of ceramic and has a 20-ounce capacity. Now the biggest worry is that Jack will want to take over Camper-Mug-Town too!