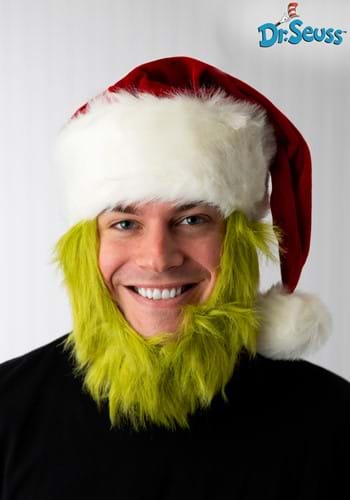 A lot can be said about the Grinch. Sure he's a "mean one" and there's even a song written about him depicting all of his wretched behavior, but the green fuzzy guy redeemed himself. He still has his grouchy moments but he's more likable now probably because his present-stealing days are behind him. The Grinch has made a ton of progress, plus, we have to say, he sports a fuzzy green beard like no one's business!

If you want to emulate the infamous Dr. Seuss character and sport some moss-colored fuzz on your face, this accessory kit is exactly what you need. This key accessory supplies you with a Santa hat and an attached beard all in one. Wear it and show off your new and improved disposition, and you're sure to be the star of this year's "Whobilation" once again!