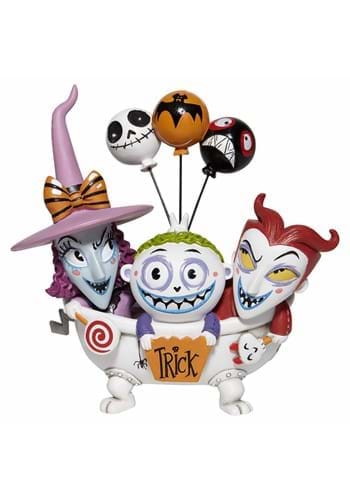 Where would a villain be without his evil underlings? Someone had to make sure that Sandy Claws - um, we mean Santa Claus - was kidnapped and delivered to Oogie Boogie so that there would be a big musical number and someone for Jack to defeat. This officially licensed Lock Shock & Barrel Statue from The World of Miss Mindy Presents is an adorable way to commemorate the three tricksters. Halloween colors decorate the evilly grinning henchmen as they sit inside a claw-legged bathtub. Three artfully decorated balloons hover overhead on thin wires.