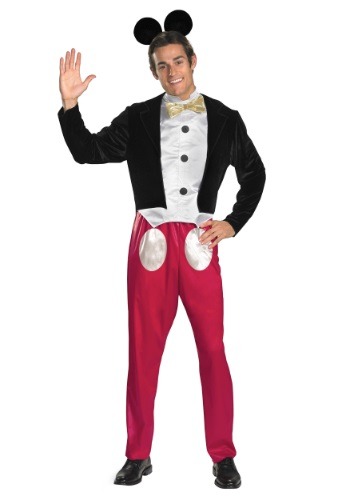 Good ol' Mickey is a mouse as timeless as Ginger Rogers and Fred Astaire, except more timeless because finding kids that know of the flashy dancing duo is getting more and more difficult as the years go by. Every kid and adult still know who the charming Mickey Mouse is though, maybe that's the upside of being a cartoon rather than a living, breathing celebrity.

Mickey has lived the high life as the world's most well- recognized mouse for quite a while now. When he first appeared in the public's eye the silver screen was actually silver. He was drawn in black and white for five years before he appeared in Technicolor as a frustrated and overwhelmed conductor. Through the years, Mickey has had a lot of jobs. We're not sure how he keeps getting all these gigs. His responsibilities have a knack for dissolving into chaos! No one will ever forget that infamous job as a magician's assistant. If someone was simply supposed to clean our magical laboratory and accidentally cast a spell that could have allowed mops to take over the world, we wouldn't want to hire them for a second night shift but if they were as sweet as Mickey, we might consider it.

Whether the night you're planning for calls for chaos or charm, you'll find what you're looking for in this classic Mickey ensemble. The jumpsuit features the classic red pants with two large printed buttons on the front. The jacket has cutaway tails that can fly behind you as you try to control whatever trouble you and your animal friends have started now. Of course, the ensemble wouldn't be complete without the ears everyone knows and love. Now, all you need to do is capture that charming giggle, think you're up for it?