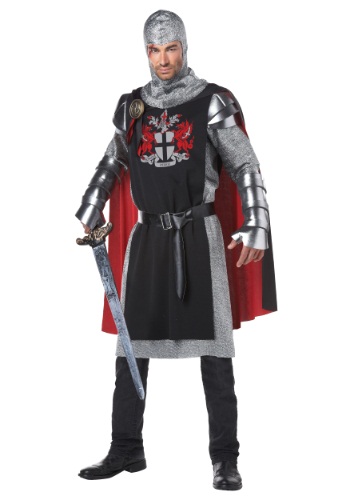 We like to think we would have enjoyed being a Knight. We could live in a castle and roam through its corridors, looking for any troublemakers. We'd get to wear bright, shiny armor, and we would probably have been some of the coolest people around, aside from the King himself of course.

But there would be some downsides as well! The main issue we see would be the weight of that armor. That armor would have been incredibly heavy, and we aren't sure we would like carrying all of that extra weight. Still, at least we would look cool. Another issue would be the visibility through your helmet. Some knights had helmets that only had tiny slits for vision and spending all day in that helmet would drive us bonkers! We'd feel trapped! Despite it all, we'd still consider that our dream job.

When you put on your knight costume, you are going to want to save everyone! That's what knights do, after all. So, if you see someone who looks to be in danger, don't be afraid to step in and control the situation. For example, if you see a child with too much Halloween candy, that could make them sick. So, you better have a piece, just so they can't have it... you'll be doing a good deed(?)