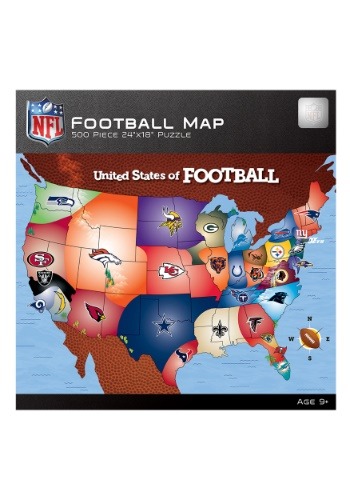 The US According to Football

Who cares what each state is known for? We're more interested in their teams!

Yeah, okay, so that's not entirely true. We do care about our awesome national parks, monuments, and cities, but we're also really into football. So into football that we don't want a normal map of the US. We want this kind of map, an NFL Football Map. This map shows the United States as dictated by its popular football teams. This particular map is actually a 500 piece puzzle that requires you to pay great attention to what teams are where, as you assemble the United States. The completed puzzle would measure 1 1/2 by 2 feet, and it's colorfully smattered with the logos of the various NFL teams. So go ahead, show us your football expertise as you assemble and explain all of the logos in the United States of Football.