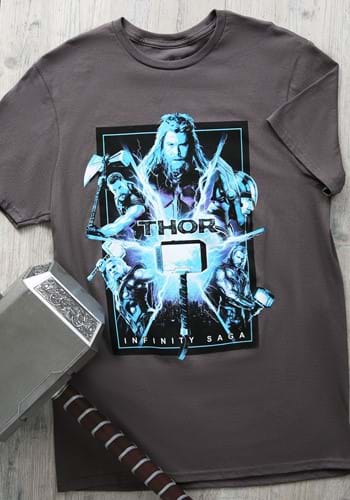 Thor has gone through a lot since he first joined the Avengers. He started out as an arrogant Norse god, just looking to reign in his crazy brother. Then, he became one of the Earth's protectors, defending it from the likes of Ultron. Later, he went to outer space and became a successful gladiator... only to end up chilling on a couch playing too much Fortnite. This Marvel Saga Thor Charcoal Shirt chronicles Thor's long journey in a printed image on the front. Put it on to pay homage to the hero... or while you challenge newbs online!