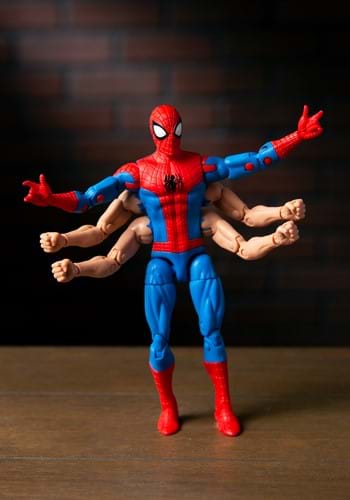 Spidey, Up in Arms

For die hard Spidey fans, the Six Arm Saga within the Marvel Spider-Man comics is unforgettable, mostly because Spidey wants to drop his arachnid powers. (And who can blame him? His life is rough!) But as he attempts to eliminate his powers, he actually magnifies them, hence the extra limbs in this Marvel Legends Six Arm Spider-Man Action Figure! With each limb movable (legs and, yes, all arms), this action figure immortalizes the love of that very strange-looking mutation Spider-Man inflicted upon himself, and we're wonderfully nostalgic for this specific plot arc in Peter Parker's story.