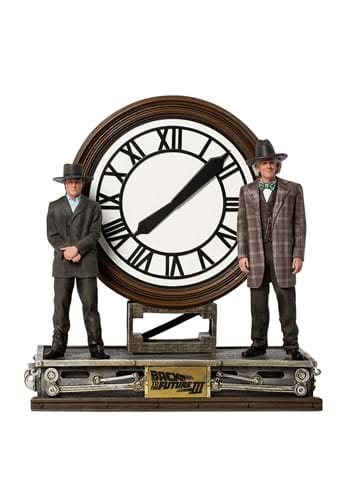 When Marty and Doc make a plan, they seem to always rely on having absolutely perfect timing. If they were ever off by even a second, their plans would be for naught! When you think about it, it doesn’t make much sense. Why can’t they just try the plan again a few seconds later, since they’re travelling through time anyway?

Having yourself made into a tiny statue is probably one of the most narcissistic things you can do, but the case of this Marty and Doc at the Clock Deluxe Art 1/10 Scale Statue, it is well earned! Not only is he the coolest character around, but he also has the charisma and style to look great on any shelf, office desk, or mantle in your home. There are just 9/10s to go until you have the whole character!