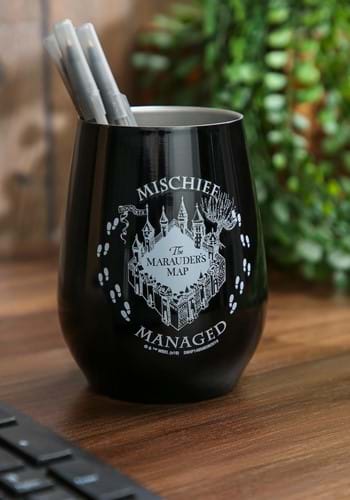 The Marauder’s Map has always revealed the secrets of Hogwarts to anyone using it. But as a print on this Harry Potter Marauder’s Map of Mischief Double Wall Tumbler, it’s being withholding. Decide if you’ll use the map for good or a bit of mischief with 10 ounces of your favorite drink kept concealed inside this officially licensed cup.