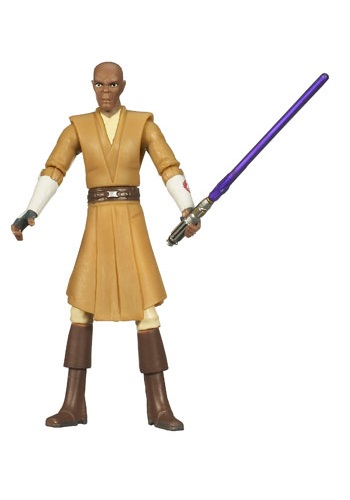 Includes & Highlights
Item #HA87961
Items Included
Product Highlights
Product Description
Some Jedi Masters are really good, but Mace Windu is one baaaaaad man with a lightsaber. We mean bad in the "he-dices-up-droids-like-a-food-processor" kind of way and a not in the "he-destroys-with-force-lightning" kind of way. He's the only Jedi that rocks a purple lightsaber like a pro and he even mastered Vapaad, the most deadly form of lightsaber combat known to the galaxy. Heck, we'd go far enough to say he could have beat Palpatine had Anakin not intervened like a punk. Any which way, this action figure lets you have all that awesome badness in a small little 3.5" package.