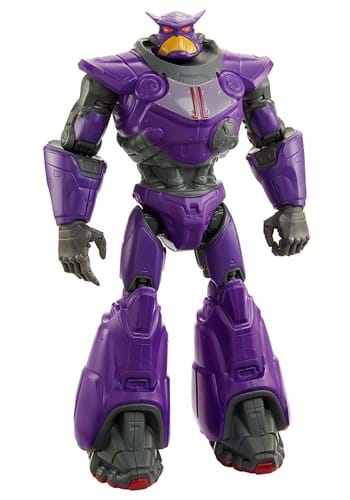 The name "Zurg" doesn't sound like someone who has entered this galaxy to give out free ice cream cones. It sounds a little like someone who has assembled an army of Zyclopses and intends to do battle with a rogue Space Ranger who stands between him and a universal takeover. What a coincidence! That's exactly what this Zurg plans to do. This officially licensed Disney Pixar Lightyear Zurg Large 12-Inch Scale Action Figure is made of molded plastic and boasts eleven points of articulation, making it perfect for display or play.