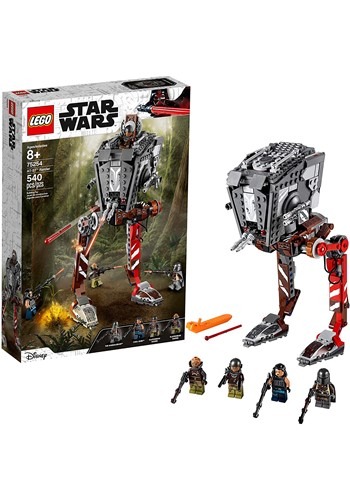 Never Tell Him the Odds

Well, the odds are pretty good that you want to recreate that iconic battle from The Mandalorian, and this LEGO Star Wars AT-ST Raider Building Set makes that easier than ever!

This LEGO set is inspired by episode 4, and season 1 from The Mandalorian. It comes with 540 pieces that come together to assemble a AT-ST walker, similar to the ones seen at the Battle of Endor. When fully assembled, the legs are mobile and the walker stands on its own. Of course, it also comes with 4 mini-figures, including Din Djarin, the Mandalorian, himself! It also comes with Cara Dune and two different raiders. You can recreate the iconic battle scene with them! Of course, like all LEGOs, you can disassemble it and make your own Star Wars inspired builds!