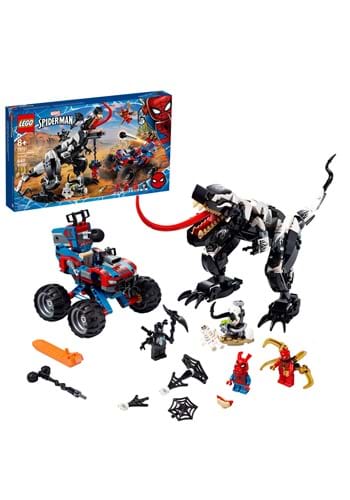 Does Spider-Man NEED a monster truck? Probably not. Is Venom's primary mode of transportation a symbiote-fused dinosaur? Nope. Do we care? Of course not! This LEGO Spider-Man Venomosaurus Ambush Set has so much awesome going on, that we're not going to worry about those sorts of silly little logical questions! The set comes with 640 pieces, including 4 mini-figures. One is Spider-Man wearing his Iron Spider suit, but it also comes with Spider-Ham, Venom, and a skeleton. When fully assemble, you get a Spider-Man themed monster truck vehicle and a giant Venom-themed dinosaur, so the comic book characters can battle against each other in brand new ways!