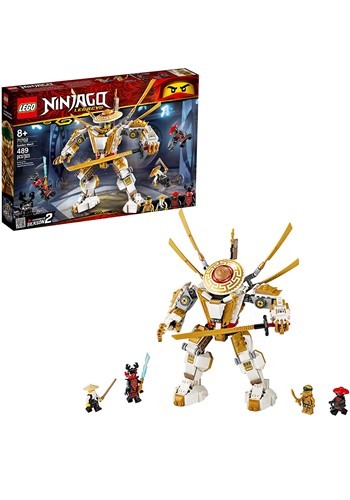 The Lego Ninjago Ninja crew have employed a lot of pretty epic vehicles over the course of their TV series and feature film. But, one vehicle that really stands out? Well, that'd be the first mech shown in the series, the Golden Mech made by the First Spinjitsu Master! If we've lost you, we're sure your kid knows exactly what we're talking about. And that they definitely would like to have this Lego Ninjago Legacy Golden Mech playset! This vehicle set includes the buildable toy packed with a bevy of features, and 4 Ninjago minifigures to let kids roleplay the action of their favorite heroes. Recommended for ages 8 and up, this is one mech that should be marked as a must-have for kiddo brick-builders!