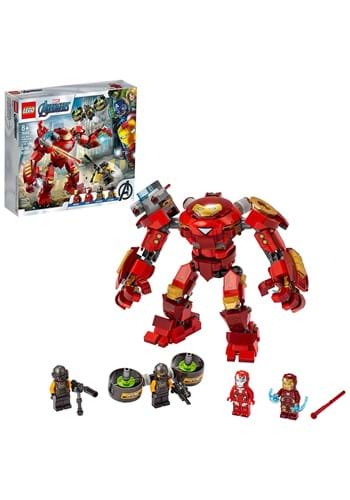 This LEGO Marvel Iron Man Hulkbuster Versus A.I.M. Agents Building Set is an official Avengers LEGO set that comes with 456 pieces that come together to form one of Iron Man's most iconic suits! The Hulkbuster armor stands a full 6 inches tall when fully assembled. The set also comes with 4 mini-figures, including Iron Man, Rescue, and 2 A.I.M. Agents that are looking to cause trouble for the armored Avengers. It's intended for ages 8 and up... and we can tell you from personal experience that it's just as fun for 30-year-olds as it is for 8-year-olds!