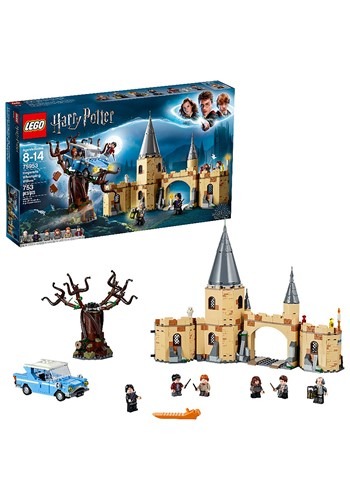 There's nothing like building a set with LEGOs to make you feel closer to your favorite Harry Potter movies. Go beyond the screens and books and become a part of the action when you build everything from the Whomping Willow to the Weasley's flying car and of course, a simplified version of the Hogwarts Castle.

With this set, you'll be able to mix up some potions, patrol the Hogwarts ramparts, and the owlery high in the tower. You can pose the flying car in the tree to reenact the moment when the flying car comes to its untimely end. This time, the willow's limbs won't end up in a cast, you can simply press the bricks together again!

If you've been waiting on your admission letter to Hogwarts, bring Hogwarts to you with the Harry Potter LEGO Whomping Willow set. It comes with 753 bricks and 6 miniature character figures: Harry, Ron, Hermione, Seamus, Filch, Snape, and Hedwig. Create the 10-inch castle and start your wizarding classes! Perfect for Harry Potter fans that are between the ages of eight and ten, you'll love having behind the scenes access to the iconic Hogwarts Castle and the dangerous Whomping Willow!