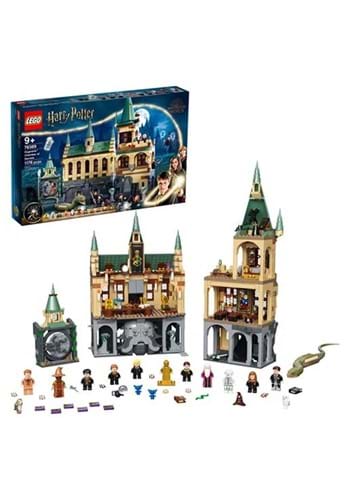 It took Harry, Ron, and Hermione all year to figure out the riddle of the Chamber of Secrets. They had plenty of adventures, but also took some wrong turns. They manage to make Polyjuice Potion, but Hermione ends up part cat for a while. Ron steals his family’s flying car, but it later saves him and Harry from giant spiders. And then there’s Harry, who is completely convinced that Draco is the Heir of Slytherin. Harry discovers just how wrong he is when he encounters a manifestation of Tom Riddle himself! Despite some unlucky events, the trio manages to save the day and solve the Riddle in the end!

Now you can play out your own version of Harry’s second year at Hogwarts with this LEGO Harry Potter Chamber of Secrets Building Set! It includes over 1000 pieces to help you construct the Great Hall and of course, the Chamber of Secrets. With 10 characters and a basilisk figure, this set will let you create new adventures for hours of imaginative fun!