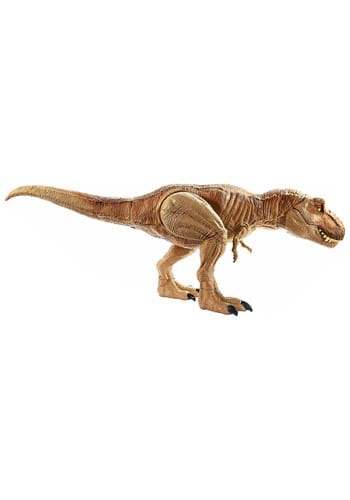 It wouldn't be a Jurassic Park movie if the T-rex didn't show up and let out a mighty roar. And what Jurassic Park fan doesn't already own a roaring 'rex at home? This officially licensed Jurassic World Camp Cretaceous Epic Roarin Tyrannosaurus Rex Figure belongs in any dino or movie buff's home. It stretches 21 inches long, making it a toy that doesn't mess around. A push button on its tail makes it chomp, thrash its head from side to side, and let out a terrifying roar. Kids 4 and up will love turning this terrifying rex loose in their playroom.