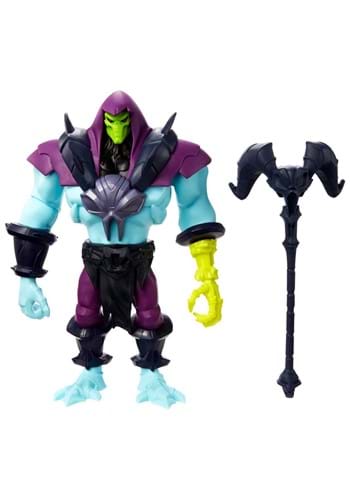 Skeletor He-Man & The Masters of the Universe Large Figure

He-Man has some serious muscles. It's no wonder that he can toss around Skeletor and his roster of bad guys like rag dolls. Skeletor has had enough. He's been at the gym, pumping iron non-stop to match the might of He-Man. Now, he's ready to rumble.

This Skeletor He-Man & the Masters of the Universe Large Figure brings you the villain in a muscled-up mode that's ready for battle. The figure is made out of molded vinyl and stands 8.5 inches tall. He has 10 points of articulation and comes with his signature weapon, the Havoc Staff. The staff fits into his hand to help him command the battle against He-Man and the forces of Eternia!