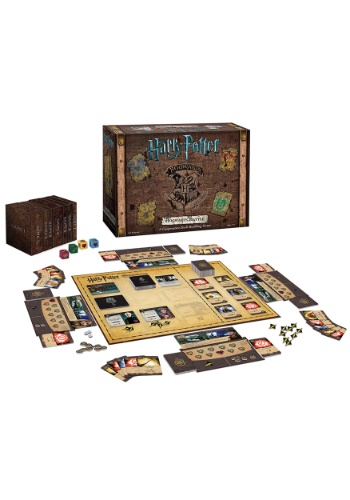 This Hogwarts Battle deck building game is a card-based game that puts you into the role of 4 of the most promising young wizards at Hogwarts: Harry Potter, Ron Weasley, Hermione Granger and Neville Longbottom. You’ll join forces with each other to defeat villains and successfully protect the students at Hogwarts from evil!