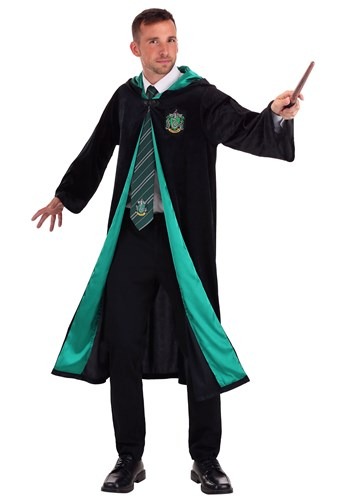 It's true. A lot of evil wizards came from Slytherin. You have Lucius Malfoy, the cold and stuck-up father of Draco. You have Bellatrix Lestrange who's just a bit... unhinged. And then, you have Voldemort, the most dangerous dark wizard that the world has known. But it's not because those from Slytherin House are inherently evil. It's because those who join the house are often the most ambitious, which can lead a young wizard into dangerous territory if not tempered with a strong sense of morals. Merlin was a Slytherin and used his ambition for the good of the world. And, say what you will about Severus Snape, but when the chips were on the table, his final choice ended for the good of the world, even if he lived a deeply troubled life and cause a lot of pain.

What we're getting at here is that Slytherin is in dire need of good role models. Someone who can show the rest of the wizards that ambition doesn't have to come at the cost of morality and we happen to think you're just the wizard for the job!

This Adult Deluxe Slytherin Harry Potter Robe transforms you into the newest student at Hogwarts. The robe is constructed out of a soft, velour fabric and has a green satin lining on the lapels and hood. The front has an embroidered Slytherin emblem on it. The robe closes with a button and loop fastener in the front. Once you have it on, you can help guide some of the more troubled Slytherin students who may need a little advice in the realm of morality! Be sure to pair it up with our other Harry Potter items to craft the perfect Sythering cosplay outfit! Choose from wands, sweaters, ties, and more!