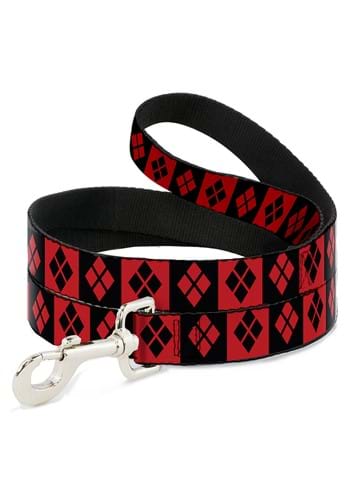 Harley Quinn has two pet hyenas in the comic books that only answer to her. Their names are Bud and Lou, named after the iconic comedy duo of Bud Abbott and Lou Costello. She may be crazy, but she has good naming taste. Bud and Lou are her babies, and as kooky as she might be, she loves her boys to death. They really only answer to her and the Joker. Having two hyenas at your beck and call would be pretty sweet. Speaking of sweet, if you have any adorable animals that you also love like crazy, you will adore our officially licensed Harley Quinn Diamond Blocks Black/Red Dog Leash. Harley Quinn fans will get a kick out of the diamond graphics while showing off their fashion-forward four-legged friend. Pick one up one up today and be the envy of all the DC comic fans of the block.